A few days ago I tried to program a visualisationtool for architecture. The tool is actually very basic and i want to improve it more. At this stage you are able to orbit around with your perspective and also a camera-zoom is possible. I developed the setup in C#, Javascript and Unity Engine. The quality is not the best yet but first i will fokus on usability. After finetuning the camera-controls i want to program the possibility to switch floor material wall color etc… also an animation feature could be nice.

You can orbit the Camera by pressing the left mouse button and moving it.

You can zoom by scrolling

Quanero is an experimental VR experience for the HTC Vive and the Oculus Rift. Your goal is to figure out what caused a violent incident in a futuristic bar by manipulating the time. You can slow down time, reverse it or bring it to a halt. Explore the scene, unlock the story’s branch points and unravel the mystery. There’s also an explosion. Quanero was created with Unreal Engine 4 and can be downloaded for free on Steam

Quanero was the final project of the bachelor degree. My mainrole was to manage the whole effects part of the project. The most difficult thing was the ability to shift the time forwards and backwards. If everybody can imagine this causes lots of problems for realtime rendering, espacially all the effects had to work seamlessly in both time-directions. Not enough because all the effects are also optimized for VR and this means a constant framerate of 90fps by the way. Here you can see some making of of the explosion in Quanero.

The Fluid is done completly with mayas fluid solver. Several orthographic views (front, side,…etc.) were rendered with the software-renderer. For the grill i used nCloth within mayas nucleus solver and the fracture is done with Fracture FX Plugin. The integration in the Unreal Engine is done with a realtime-displacement shader. Sub UV funktions and 4k texture-atlases are used to reconstruct a believable, timeshiftable explosion in VR. For the nCloth and the fracturepieces I wrote a Phytonscript to transfer these data into the engine. 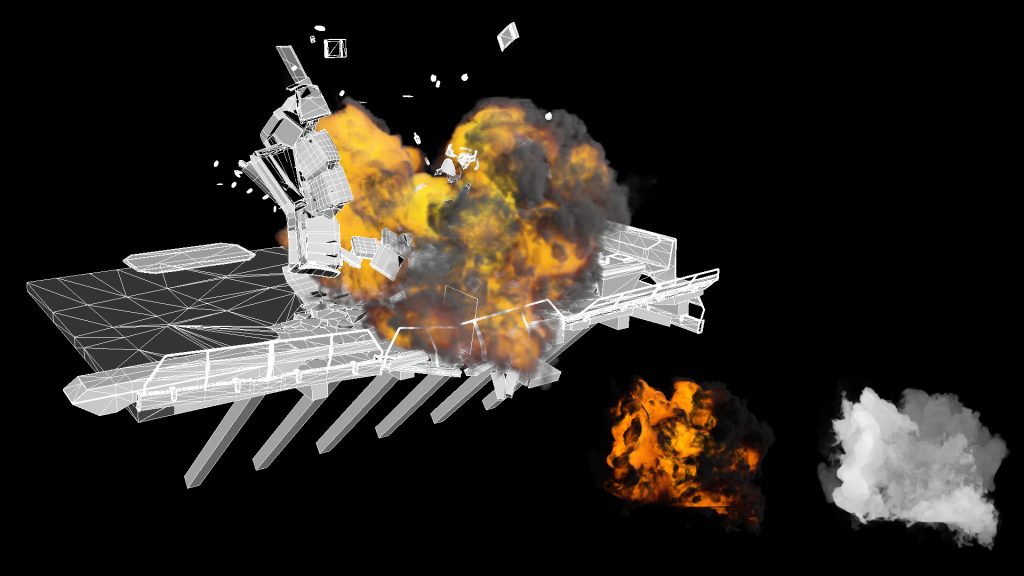 This picture of the shadingnetwork shows how the explosion is set up. Because of it´s complexity it is a bit difficult to show in one piece. The networke is basicaly a visualisation of C++ code. 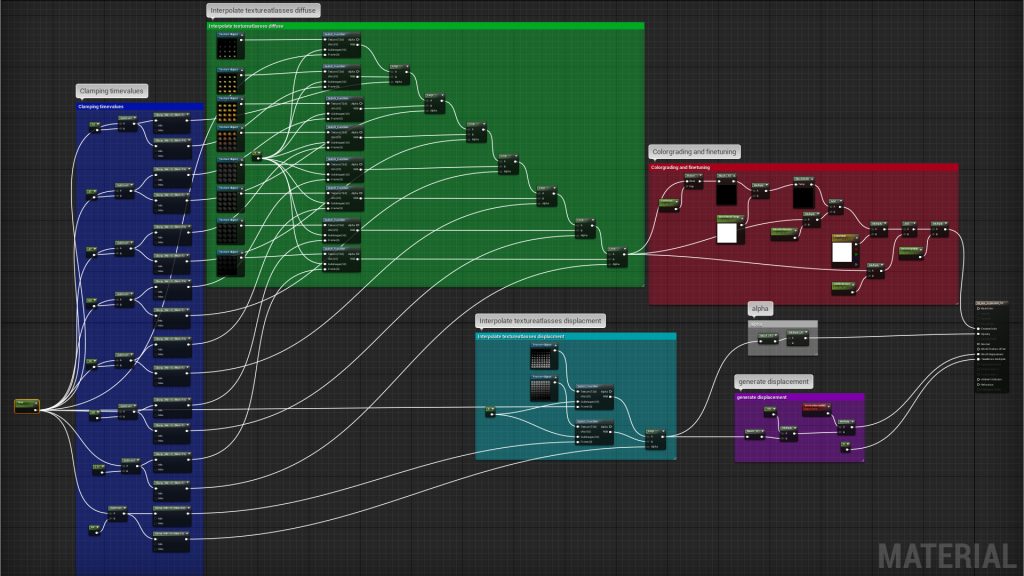 Also the motioncapture system from Optitrack was very useful for capturing all the animation-data! Here you can wath the trailer of Quanero:

This Face is actally generated from scaned blendshapes of a real human. The purpose of this is to get expierienced in new technics and to look whats possible for the new Quanero project in the master degree.

The first projekt for the master graduate, I developed a simple mountainbike-game in 40 hours. The forks are rigged with the Unreal Engine physics.

I also created the model, uvs and the leveldesign.