Here you can watch my best works! a new one is coming soon!

This Stills are all rendered with V-ray and show some diffrent methods for using mayas nucleus solver as well as simulating watersplashes in realflow. The 2 pictures on the left side are allready renderd animations for the next showreel. 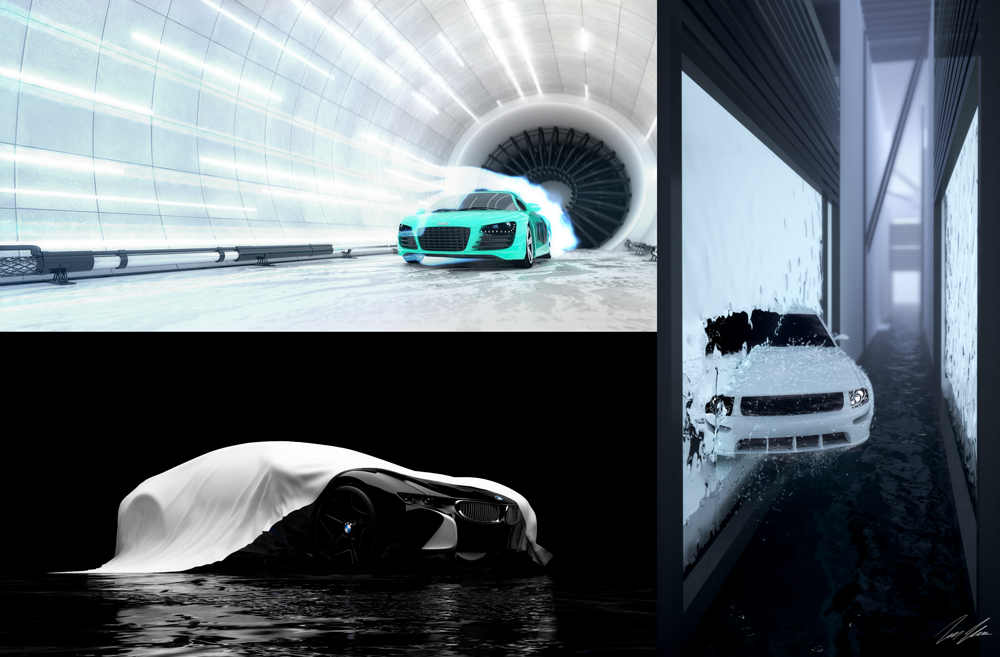 The movie shows the psyche of a person suffering from Dissociative Identity Disorder. The psyche is shown to be a house drifting aimlessly around on a shoreless ocean. Each personality is a separate room within the house. in order to make it more easily approachable the house is limited to four different rooms representing the four typically symptomatic personalities associated with Dissociative Identity Disorder: the Guardian, the Victim, the personality which is presented to the outside world and the original child that needs to be protected.

The project is produced for exhibition purposes and should run in an endles loop. I fokused especially on rendering, lighting, compositing, dynamics, animation of the cameras and objects. I also modeled and shaded the clean shiny room.

I was alwas fascinated by the challange to plan and animate these kinds of characters. The original transformer toys helped me a lot by understanding the mechanical movements of the diffrent parts.

The maingoal was to keep the most of the car-parts after the transformation is finished. So it looks more believable. Here you can see better how its done. 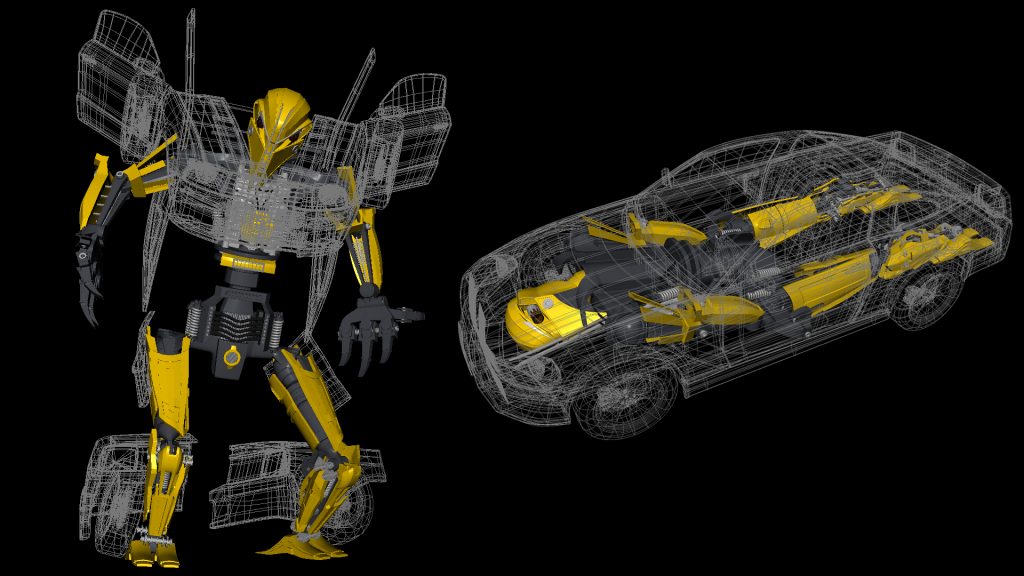 Also the rigging-part was challenging for me, because it was my first one. 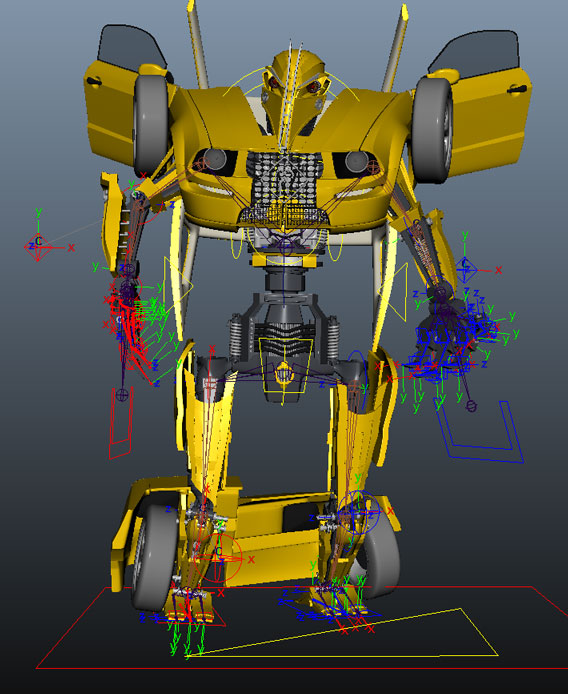 Because it was the first qualification project for the cgi department in the bachelors degree, time was a scarce commodity. So i decided to create only a quick sketch of the robot and the storyboard, to save some time for the production. The focus of this project was mainly on the technical stuff. 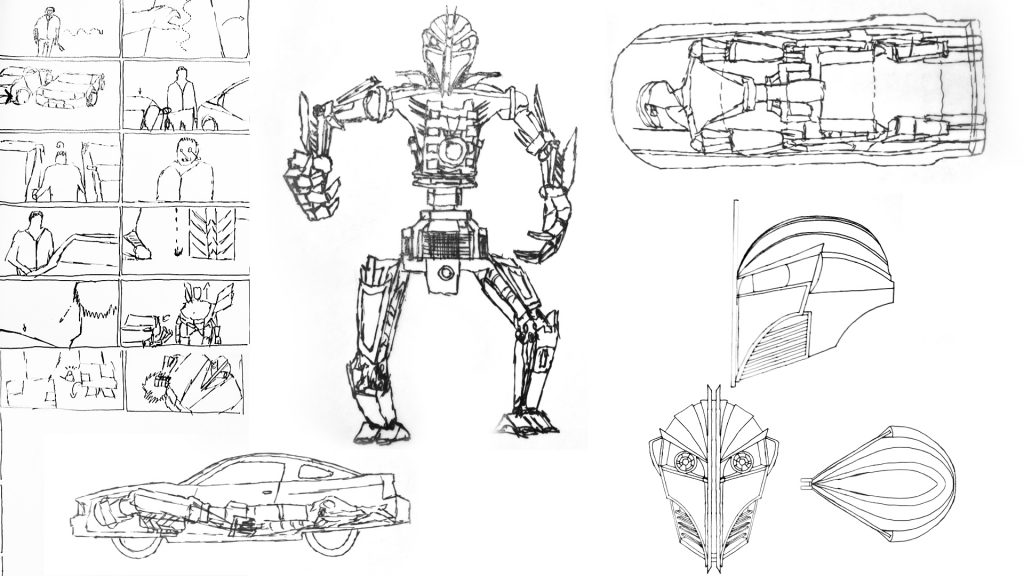